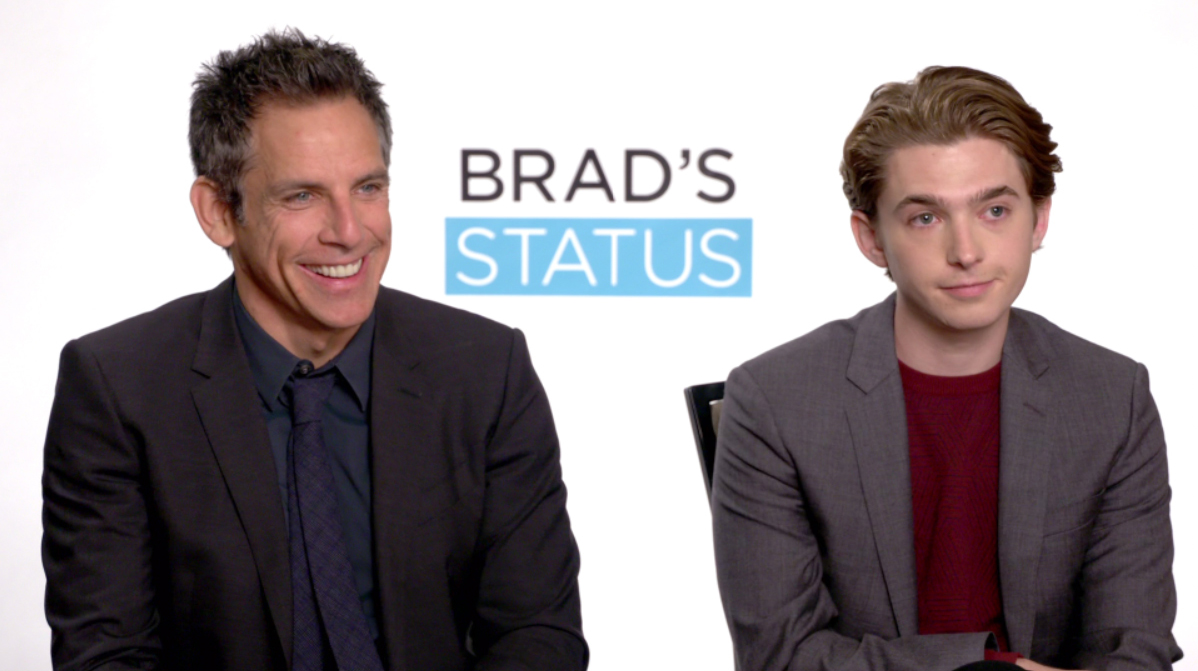 Theodore Roosevelt said that “comparison is the thief of joy”. I can’t think of a better way to describe what Brad’s Status is really about. In this film, brought to you by Amazon Studios, writer/director Mike White and star Ben Stiller masterfully walk us through a middle aged man’s journey towards discovering this truth.

The plot is supposed to center around Brad Sloan (Stiller) taking his high school son Troy (Austin Abrams) to Boston for some college visits.Â  Instead we mostly walk though Stiller’s mind as he obsesses over choices made, wasted potential, and envy of the wild success achieved by many of his friends from his days at Tufts University.Â  While the core story continues to move, Brad discovers that Troy is not only set to visit Harvard, but has a very good chance of getting in. Even this proud revelation for a parent turns quickly into questions about how he’ll handle his son’s future success, and if he’ll become jealous of even his own child.

Going into this movie I thought I might be getting a light hearted comedic romp as father and son enjoy a bonding trip to Boston.Â  With the players involved who could blame me for thinking so. It wasn’t completely without its humorous moments, such as a goofy wrestling match between Brad and his nearly adult son. Even some of the jealous visions of his friends/rivals are meant to give you a chuckle at their hyperbole. The bulk of the movie was more of a realty check than anything else, though, and Ben Stiller’s performance walks that line deftly. The film expertly put into perspective that a man who’s given his life to his family and runs a non profit company that finds big donors for charity can easily feel worthless in today’s social media culture. It shows that we are constantly bombarded with the best of other people’s lives, and often it looks much better than ours.Â  It shows that when measuring one’s life by material possessions and notoriety you will always come up short against someone.

As time reveals more, we see that most of Brad’s college friend’s lives, while glamorous from the outside, aren’t without their own struggles.Â  Even the rich can have a sick child.Â  Even the successful can fall subject to addiction. Even the charming winning personality can simply be a front for arrogance and insecurity. On his own end even the dedicated hard working father can be more concerned with his inner turmoil than enjoying a momentous trip in his son’s life.

Brad’s Status is a movie unafraid to point out the warts that exists on all of our lives; to highlight the selfish jealous nature of today’s first world culture. It also takes brief moments in time to highlight the joys that are found when living in the moment and cherishing the love of those around us. While not what I expected this uncomfortable walk through the ugly psyche of a man who’s lost his way is oddly beautiful in its honesty and hopefulness.