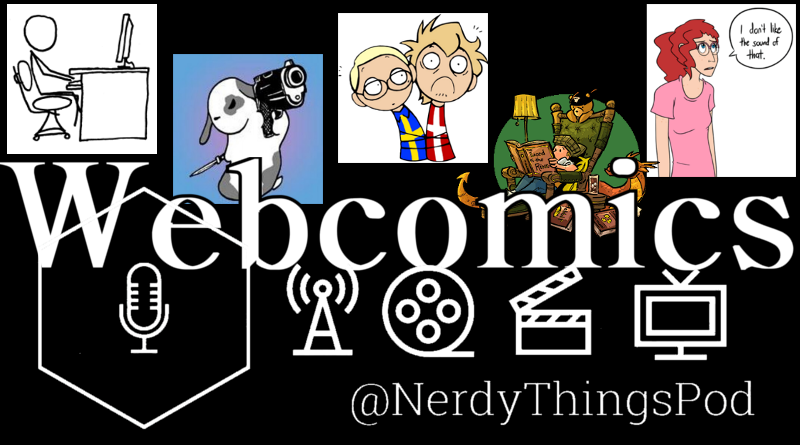 A webcomic is any comic that is published online, but for the purposes of this article it will not include comics that can be found in the Sunday paper, sorry Dilbert. Below are five of my favorite webcomics. 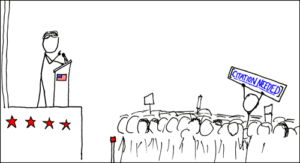 One of the most well-known comics on the web, xkcd is “A webcomic of romance, sarcasm, math, and language.” XKCD was launched in September of 2005 and currently updates three times a week. The comics are self-contained one shots, with no overarching story with plot points that have to be tracked over months and years. While the drawings are usually simple stick figures that even I could draw, the subject of the comic varies between statements about life to scientific jokes. Thankfully nearly all of the comics have a tool tip blurb providing further context.

The Good: The comics are self-contained one shots that can make the reader both laugh and stop and think.

The Bad: Sometimes the subject matter will go off into the weeds and not make much sense unless you’re familiar with some esoteric scientific principal. 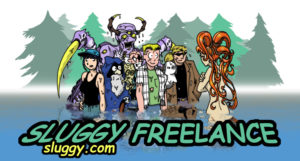 One of the oldest comics on the web, Sluggy Freelance is a comic about a group of friends and their switchblade wielding mini-lop rabbit Bun-Bun, because every strip has a “cute talking animal”. Sluggy Freelance, whose fans are known as Defenders of the Nifty, was launched in 1997 and currently updates on weekdays. The comic is more of a series of visual novels, than your standard 4 panel comic seen in the Sunday paper. This is great from a storytelling point, but keeping track of some of the story points that have been going on for nearly 20 years now can be difficult. Even parody stories that have nothing to do with the main plot can take months to complete.

The Good: The story has evolved from short goofy buddy comedies to epic length tales. The Dimension of Pain story was especially deep and moving..

The Bad: For some of the more epic length stories the one comic a day format doesn’t work well. The artist can sometimes fall too in love with what should have been a one off joke, like the Zombie Head On A Stick.

The Good: The depth of the human characterâ€™s personalities is the strongest part of this comic. The character growth has been very nice to follow.

Scandinavia and the World â€“ www.satwcomic.com

The only non-American webcomic on this list. Scandinavia and the World began in 2009 and doesn’t have a regular update schedule that I’ve noticed. SATW is a series of one shot comics about the anthropomorphized Scandinavian countries interactions with each other and, as the title states, the rest of the world, that. Each country has a male and female version dressed in their countryâ€™s flag for easy identification.

The Good: The comic provides a fascinating view into the stereotypes and national characters of the people of the world from a non-American aspect.

The Bad: Until the election of President Trump, no other election has had a permanent effect on the appearances of any of the characters. When Donald Trump was elected, Brother America painted his face orange and has remained that way in subsequent appearances. 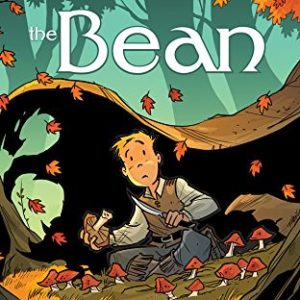 This comic has the most professional and elaborate looking art of any other comic in this list. The Bean is “an epic fantasy tale of a dishwasher” that began in 2010. Updates to the main story happen on Mondays while the colorization of older panels are pushed out on Thursday. The author is a fan of Tolkien and it can be felt in the scope of the story he is telling. Â With ogres, spirits, elves, trolls, fairies, and dwarves the fantasy elements are very strong.

The Good: The visuals are great. Art is in the eye of the beholder, but I like the somewhat rough style.

The Bad: The pacing can be slow. The artist is trying to create a deep story and as with Sluggy Freelance above the pacing can get bogged down. 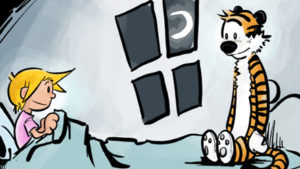 As a bonus, I want to give a shout-out to Hobbes and Bacon. Bill Watterson wrote a newspaper comic from 1985 to 1995 about Calvin, a precocious little boy, and Hobbes, his stuffed tiger. Calvin and Hobbes didnâ€™t mention specific current events, but brought a childâ€™s habit of saying the most honest and direct answer to complex issues. Hobbes and Bacon is an unauthorized, fan created, short series of one shot comics set 26 years after the last Calvin and Hobbes comic, starring Calvin and Suzieâ€™s daughter Bacon (named for Francis Bacon). The original first comic is linked below, but a Google search will help you find all of them. Be aware that this comic has inspired a lot of other artists to create their own stories with Bacon.