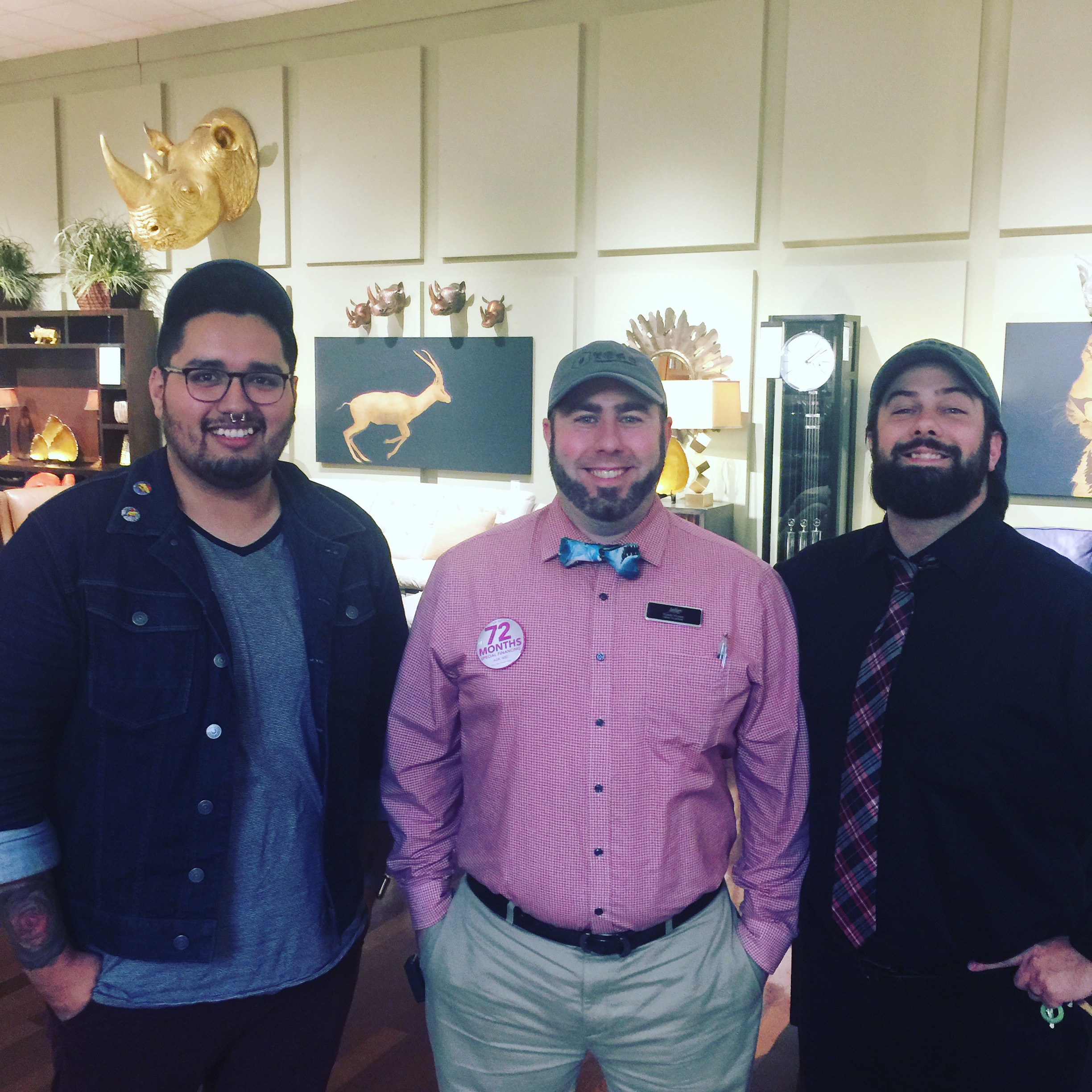 At about quarter past two todayÂ I saw a tall AF guy with a nose ring and a denim jacket using a cross walk at Logan Airport in Boston. The sound of my car horn meep meep’ed to gain his attention.Â  I knew him from pictures/video only… oh yea and the nearly daily conversation we’ve been having for the past 6 months.Â  If you’re a fan of our podcast you know that we have three co-hosts who all record from different locations.Â  Kevin from his home on the south shore of Boston,Â myself from aÂ location just south of the New Hampshire border west of Boston, while Jules The HumanÂ uses his podcasting studio in San Antonio Texas.Â  Kevin and I know each other from work, but Jules is just some random guy from Reddit.Â  That right there, though, is the power of the internet.

Back in February Kevin and I talked about starting a podcast as he was already having some success with one about the 90s sci-fi hit Stargate.Â Looking for another potential co-host Kevin scoured the podcasting forum on the popular website Reddit.Â  By scour I mean he asked if anyone wanted to do one, and Jules was the guy who responded.Â  The proposed topic was “Nerdy Things”. We would do an episode a week covering news items and a large scale topic relating to movies, video games, comics, and stuff from the broader pop culture landscape.Â  Almost immediately we got started and it was a success. So was the chemistry between the co-hosts.

In the six months since, the three of us have talked via a messaging app daily about the podcast and life in general.Â  A genuine friendship was born even though two of us had never me the other.Â  That changed today as Jules made the trip all the way from San Antonio to Boston to create some great content for our listeners and viewers as well as to finally meet us and just have a good time in general. The internet facilitates many amazing things that we take for granted, but forging genuine relationships from thousands of miles away may be one of the most amazing of them. What started out as joking about a trip from Texas to Massachusetts has now become a reality, and the journey to get here has been pretty amazing.

The excitement has already begun for us, having hadÂ lunch together and a little catching up.Â  The promise to you is that our trio will make the most of our time together and will churn out never before possible amazing content for your consumption.Â  So stay tuned to this website, @nerdythingspod on Instagram/Twitter/Facebook/YouTube, Patreon.com/nerdythingspod for exclusiveÂ stuffs,Â and of course our new podcast that will be released this Thursday everywhere you can find great podcasts.Â  Thanks for listening and reading as always.Â  I hope you can have nearly as much fun with this week as we will!